This time of year, Kansas City Chiefs fans can always expect two things: for Patrick Mahomes to throw touchdowns and for 360 Vodka to release the latest Chiefs commemorative bottle.

As the Official Vodka of the Kansas City Chiefs, 360 Vodka channeled Chiefs Kingdom for the 2021 limited edition Chiefs commemorative bottle, which is now available throughout Missouri, Kansas, and Nebraska.

The vibrant red and yellow team colors and the Chiefs’ logo highlight the front of the bottle with some added flair and realistic texture of a football to make it truly come alive.

Because 2021 marks the Chiefs 50th year playing at Arrowhead, we decided to give the legendary stadium a special place on the bottle.

Or should we say in the bottle?

Peer inside the back of the bottle for a look at Arrowhead stadium in all its glory. You can practically hear the unrivaled crowd roaring at 142.2 decibels every time.

This 2021 commemorative bottle is a must have for any Chiefs tailgate or watch party this season. Start every gameday right with a Bloody Mary or a Screwdriver then mix it up with a Moscow Mule or a Vodka Tonic for kickoff. Add a splash of grenadine to your Vodka Tonic and garnish with a maraschino cherry and a lemon wedge for that extra Chiefs touch.

American-made and American-owned, 360 Vodka is made with locally sourced midwestern corn and is naturally gluten-free. Six-times distilled and six-times filtered, this premium vodka is smooth, clean, and green.

Conceived as the first eco-friendly distilled spirit in the world, the unique swing-top closure on the 360 bottle was designed for infinite reuse by the consumer. The closures can also be returned for reuse through our “Close The Loop” program. For every closure that is returned, 360 Vodka donates to environmental organizations and other local charities.

Holladay Distillery and 360 Vodka also promote several other green initiatives through recycling, paper reduction, and purchasing, meaning Chiefs fans can enjoy a vodka that is as responsible as it is delicious.

The 360 Vodka 2021 limited edition Chiefs commemorative bottle is available now. Buy one bottle to drink and one to keep because when they’re gone, they’re gone, and you’ll want to keep this memory forever. 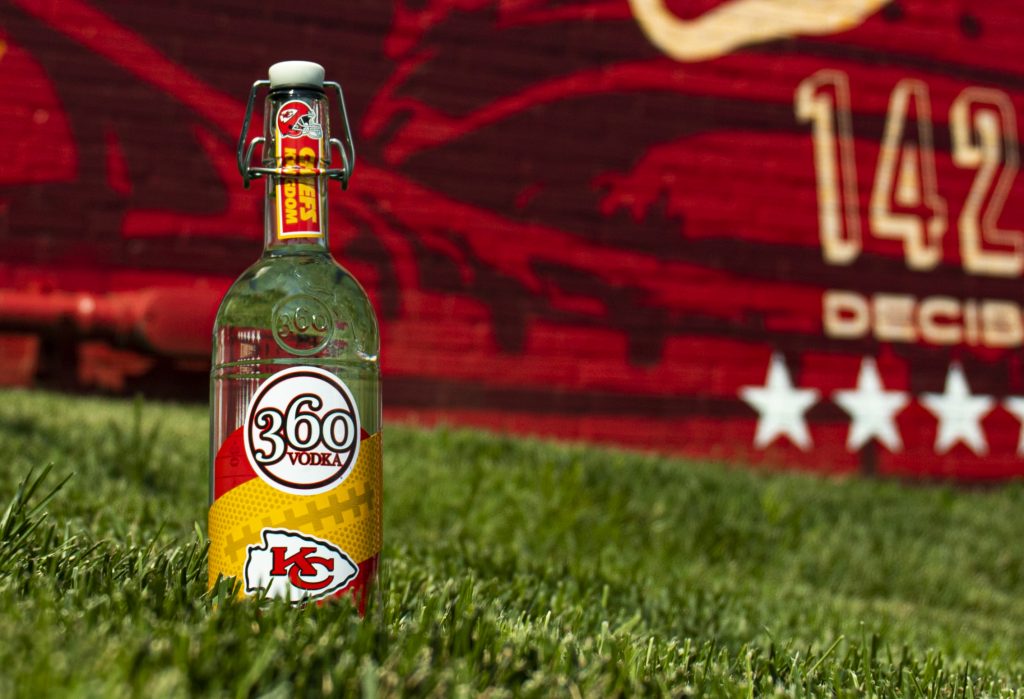