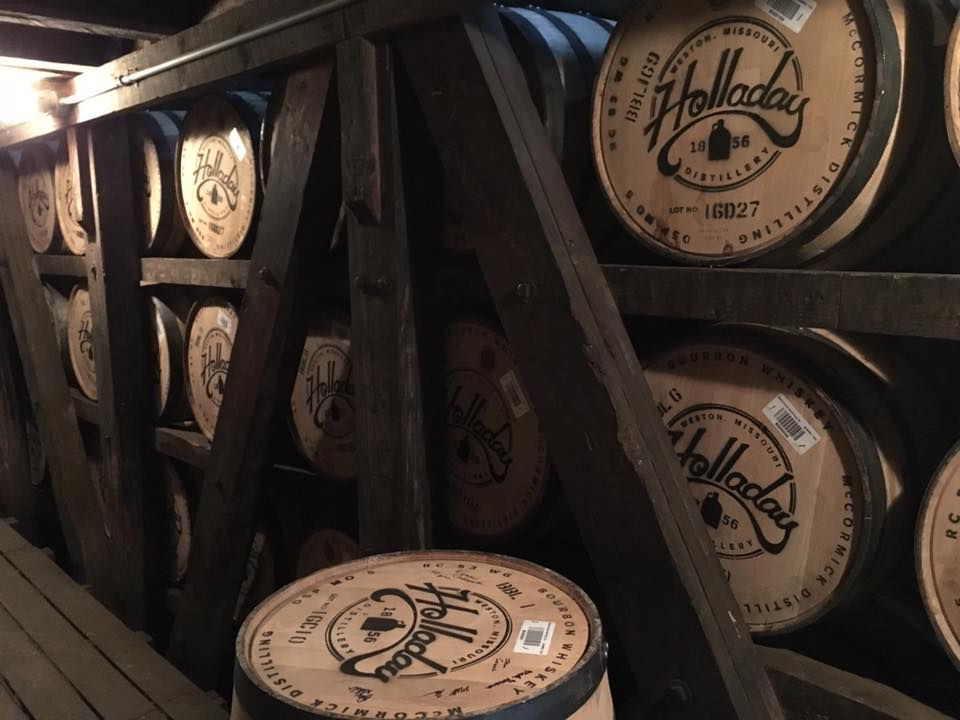 It’s been 20 years since the Holladay Distillery in Weston offered tours to the general public, but they’re back again, and the tour doesn’t disappoint.

Owned by McCormick Distilling Co., the Holladay Distillery sits on a picturesque location in rural Weston with rolling hills and babbling brooks fed by limestone springs that are perfect for making bourbon. The site has been distilling spirits since 1856, when stagecoach king Ben Holladay started producing bourbon with a recipe he put together five years earlier in Kentucky. It’s the same recipe McCormick is using today to once again produce bourbon on the site after a 30-year hiatus.

That tradition is evident everywhere on the tour, which starts at an ancient cave that originally was used to age the barrels of Holladay Whiskey. Next stop is a hand-dug well over a limestone spring that is 15 feet wide and 35 feet deep, providing the 2,000 gallons of water necessary for each batch of whiskey the facility produces.

Then it’s on to the whiskey distillery itself, housed in the original 1856 stone structure, which was retrofitted with all the latest distilling technology. Corn, rye and malted barley are cooked and fermented in giant vats where guests are encouraged to taste the mash. It’s filtered and pumped into a 50-foot-tall still, which produces unaged white whiskey. It’s then transferred to charred oak barrels produced in Lebanon, Mo., which are used to age the whiskey, mellowing it and giving it the distinctive brown bourbon color.

The barrels then proceed to a massive barrelhouse, which can hold 12,000 barrels. The 55-gallon barrels are filled with about 50 gallons of whiskey, allowing room for expansion and contraction as the seasons go from warm to cold. Holladay whiskey will be aged for at least three years. Over time, some whiskey will evaporate from the barrels, which is called the Angel’s Cut. After seven years, a barrel of whiskey will lose 48 percent of its volume, which is why older whiskey is more expensive.

The aging process is why McCormick won’t be able to sell any Holladay Bourbon for at least three years, having filled the first barrel in March.

“This is our heritage. In 1856, we started making bourbon here,” Harris said. “We took a 30-year break for all the wrong reasons. We wish we hadn’t done that, but we’re back now. We made award-winning bourbon once upon a time, and we still have samples. We’re using the same water. There is the same flora and fauna in this area. It will be aging under the same conditions. We’re using the same Missouri white oak barrels burned at the same level as before. We’re making some of the finest-quality bourbon in the world right here in Missouri. It’s all about quality for us.”