McCormick brings bourbon back to Weston 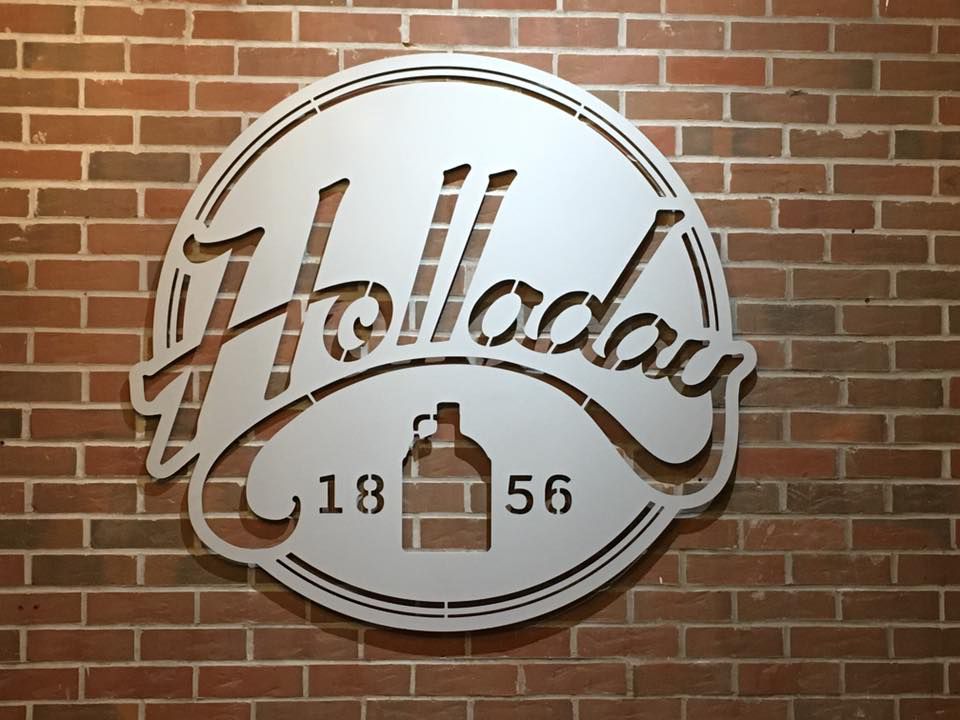 Driving through Platte County, the rolling hills and soft greens of grass and trees remind me of Kentucky. And like Kentucky, there’s bourbon here. McCormick Distilling Co. is once again making the iconic American spirit at its original distillery, and for the first time in decades, consumers can experience the process.

Our first stop is the welcome center, a 1950s-era house recently renovated for that purpose. Hammers were still banging and saws buzzing, but what was finished last month was impressive: a gift shop and tasting room, as well as an historical display showcasing the decorative decanters popular in the 1960s. Indeed, they were so popular that demand (especially for the Elvis versions) pushed the then regional company’s distribution into all 50 states.

But McCormick was a distillery long before The King came along. Lewis and Clark are said to have discovered natural limestone springs when they passed through the area, and, by 1839, a meat packing plant had opened on the site to take advantage of all that water.

Ben Holladay and his brother, Major David Holladay, bought the property in 1856 and converted it to a distillery. It’s changed owners over the years, but the distillery never stopped running. Even during Prohibition, it made medicinal whiskey under a special license.

A group of investors including the Pechar and Griesser families bought McCormick in 1993. The company, which currently sells 4 million cases of spirits and liqueurs in the U.S. and 68 other countries, is now making a push into the premium market.

“Consumers have made a move toward premium spirits,” Harris says. “You see it in every aspect of the food and beverage industry. Consumers want to know where everything is produced, and they’re willing to pay a little more for it.”

McCormick last year added Broker’s Gin, a London-style gin made near Birmingham, England, to a portfolio that already included 360 Vodka and Tequila Rose. And in December, it began producing bourbon (a style of whiskey that can be made anywhere in the U.S.) for the first time in 30 years. I spotted the first barrel filled resting just inside the door of C Warehouse during my visit, but it will be some time before we get to taste any.

“There’s a tremendous investment in time and money before we bottle a drop,” says Harris, who has worked for McCormick for 25 years.

It will be at least three years before McCormick’s sour mash bourbon, the one made according to the distillery’s original recipe, will be released as McCormick Gold Label. The Holladay Distillery label will be resurrected for its 5- to 6-year-old wheat whiskey. The company will also make a corn whiskey and “single barrels, and small batch whiskies, and all kinds of experimental little things,” Harris promises.

In the meantime, guests can tour the grounds, including a “cave” built in 1839 to store meat. Now restored, it’s cool and quiet, with an arched ceiling and low lighting that make it the perfect place to watch a video about the distillery. Just outside the cave, there’s a covered pavilion for events and a path that winds past flower beds toward the aging warehouses.

More fascinating (to me, at least), though, was the cistern. As I peered over its wooden sides, the sound of trickling water echoed up from the dark surface. Harris pulled a photo up on his phone to show me what it looked like empty — 35 feet deep, round and smooth, a hole hand dug out of solid rock. It has a total capacity of 40,000 gallons of naturally limestone-filtered water, so there’s no risk of McCormick running short of the 5,000 it needs for daily distilling runs.

“Limestone water is crucial for making bourbon whiskey, and it’s just flowing out of the ground here,” says Harris. “The entire reason there’s a distillery on this site is water.”

The cistern might have endured, but the distillery needed some work before it could reopen. McCormick decommissioned it in 1984, so the interior had to be entirely gutted and rebuilt last year. There are now two mash tuns, three open-top fermenters and a copper Vendome still that — like all the other equipment and recipes — mimics the original. After distillation and aging, the whiskey is bottled nearby and then shipped.

From start to finish, it’s truly a taste of Missouri, Harris says.

“This is real Missouri bourbon,” he says. “Everything we’re doing here is real.”